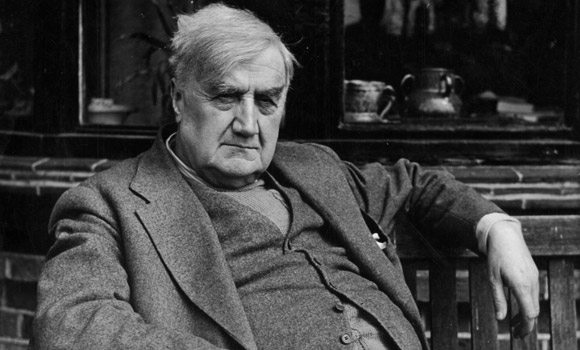 It’s a fraught business, picking masterpieces, and trying to do so when treating music of more recent times presents substantial difficulties.   Most of us would not argue with John O’Donnell and his Ensemble Gombert when they selected Vaughan Williams’ Mass in G minor as the opening to this ambitiously named concert.  The work is much loved in the English-speaking world for its serene fluency, a sort of inevitability that takes you back across centuries of self-regarding English church music to the magnificent assurance of the Tudor masters.

Expanded slightly for this occasion to twenty voices, the group produced a perfectly satisfying reading, with a splendidly full interlocking of voices at the great double-choir moments: the opening to the Gloria and its Cum Sancto Spiritu pages, both the Cujus regni and Et vitam venturi from the Creed, those seraph-suggesting Osanna antiphonal strophes, and the spacious breadth of the last page’s Dona nobis pacem pleas.  In the best British choral tradition, the four soloists proved equal to their tasks, carried out with care and no attention-grabbing quirks; the only glitch I detected came in the last exposed tenor solo of the Agnus Dei where the high G sounded strangled.

Hugo Distler’s Totentanz is an impressive construct  . . .  but a masterpiece?   It could be, but the choral components bear only part of the score’s weight.   The work is a real Dance of Death  –  a voluble character who invites a range of representative individuals to give themselves up to the inevitable.   Starting with an emperor and working through the social ranks to a new-born child,  Death orders each to join the dance, answering their pleas for mercy/understanding with an unanswerable response concerning what each of the condemned could have or should have done before facing the Judgement.

This is conducted in rhymed spoken dialogue, the source Johannes Klocking who shaped his verses for Distler’s use.   The choral contribution comprises a group of 14 Sayings, aphorisms by Angelius Silesius from his The Cherubinic Pilgrim of 1657, the ones that Distler chose all commenting on the coming interchange between Death and his newest victim.   After a fashion, these spruchen serve as off-centre chorale-preludes, proffering brief statements about the condemned one’s condition or failing(s).  The problem is that DIstler’s settings, apart from the bookends, are truly aphoristic – no sooner begun than over – which makes it hard to find a consistent field of operations from the composer.  The choral writing is challenging for its application of dissonance, but the briefness of Distler’s statements has the impact of diffusing any compositional personality.

O’Donnell had one singer reciting Death’s lines and shared the roles of bishop, physician, merchant, sailor and the rest around his singers, who coped with some stickily consonant-rich German quatrains quite well, if a few of the nouns and verbs were transmuted in the process.   Yet, at the work’s conclusion, despite the encircling and infiltrating effect of the music, the greatest impression is made by Klocking’s stanzas with their no-nonsense self-evaluations and insistence.

Petr Eben’s Horka hlina or Bitter earth is an early work from 1959-60 when the composer was 30.   It consists of a setting for baritone (not an over-taxed role), mixed choir and piano, of poems by Jaroslav Seifert, the Nobel Prize-winning Czech poet who produced these nationalistic verses in 1938 as his country faced Nazi invasion.   The imagery is emphatic and repetitious – a bayonet, a painted jug, grapes/flowers/grain/stones and pebbles – and the settings are either stentorian or folk-style sentimental.   Both outer movements – Song of the Men and Women, and Song of the Poor – have voluble piano accompaniments, here performed by O’Donnell.   Streams of powerful virtuosity introduce and sustain chorus work that is declamatory and full-blooded.  The central piece, a mainly a cappella Song of the Homeland, has a quieter ambience and more lyrical melodic content. But on one hearing – and I could find no recordings of the work – it is hard to enter into evaluative detail of worth.    A masterpiece?    I think Eben would have proposed others among his works more qualified for that title.

Nevertheless, the Gomberts’ performance of this and the Distler work, with the participants coming down from the altar to the front of the chapel pews, proved highly persuasive, particularly the ensemble’s mastery of Seifert’s texts in the original Czech.