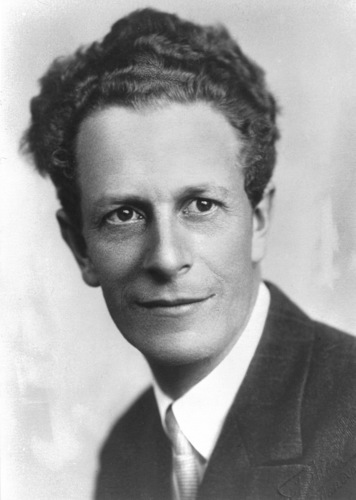 James J. Walsh, safe in the pre-World Wars harbour of 1907 New York, believed that the Thirteenth was the Greatest of Centuries, and he wrote a lengthy appraisal to prove it.   He may still be right but, considering music, there’s a case for placing the Twentieth as the most significant period in that art’s development.   It’s not just that populations exploded and so did the numbers of musicians; after all, a huge number of them became involved in the post-1950 popular music industry, turning their backs on the development of their art to bog themselves down in endless repetition and debasement to the point where the music itself became secondary to peripherals – costumes, lighting, dry ice –  and where the great world of possibilities released in the field of electronic music was reduced to an endless array of incompetents and non-musicians recycling the trite and the cliched, reducing rhythm to a sub-primal jog-trot, avoiding any harmonic progress beyond Brahms, refusing to employ any material for melody outside a diatonic scale.

Counterbalancing this descent to the gutter, the century enjoyed incredible liberation across every musical parameter, sustaining remarkable leaps in aesthetic theory and virtuosity of performance.   The consoling fact for some of us is that musical craft marches on, despite frequent lurches sideways into mediocrities so that, while the popular bent is to hallow Prince or David Bowie or Jimi Hendrix – none of whom I would have trusted with singing a line in a Palestrina mass – the massive figures of Stravinsky, Schoenberg, Webern and Boulez continue to shine lights onto the compositional practices of our more adventurous (and musically educated) contemporaries.

On Saturday, John O’Donnell and his uncompromising Ensemble Gombert veered once again away from their habitual Renaissance stamping-ground into near-contemporary regions, their program’s chief work being the oldest.   The singers opened their night with in time of, a well-known piece originally produced in 1995 by composer/conductor Stephen Sametz.   This e. e. cummings setting is a representative sample of the Ethereal American, which has some similarities with the pseudo-mysticism of John Tavener and the slew of Baltic composers who favour slender immobility.   Sametz’s work sets the five stanzas in cummings’ botanically referential lyric in straight-through fashion before returning to earlier sections and confounding the text in a striking exhibition of verbal polyphony.   Sametz uses high soprano textures like many of his peers but the music has a dynamic fervour that separates it from the ruck. Unlike several US performances of this piece, the Gombert version gained clarity from the Xavier Chapel acoustic which exposed the vocal interplay to better effect than the heavy echoes favoured by choirs from across the Pacific.

John McCabe‘s Motet from 1979 sets a poem by James Clarence Mangan which sounds like a fusion of Swinburne and Christopher Smart.   The music’s most obviously striking feature comes at the start of each of its nine stanzas on the words Solomon! where is thy throne, and Babylon! where is thy might; wide common chords provide an arresting contrast with the score’s main body with is satisfyingly complicated, a test for the double choir involved.   Like the Sametz preceding it, McCabe’s work sustains a consistent atmosphere, arresting and idiosyncratic.

From 1976 come Mervyn Burtch‘s Three Sonnets of John Donne; no recherche surprises here with Oh my blacke Soule!, Batter my heart and Death be not proud.   The first presents on the whole as a contrast between monody and a sparing harmony, both alternating between the lines; in the most famous of the sonnets, Burtch uses unison more sparingly although the vocabulary he employs is chorally congenial with only a few points to cause some eyebrow-lifting – the attack on Yet dearely sounded clumsy, while the magnificent last line begins in monody before branching into parts for the last four words which seem tame for their content; while the last of the trio delighted for the rich treatment of Rest of their bones, and soules deliverie, and the clever alternation of forces in the final couplet.   The Welsh composer wrote these settings for simple SATB choir and the Gomberts  – in slightly amplified form with five each of altos, tenors and basses, and seven sopranos –  invested each sonnet with firm eloquence and some splendid soft chord-work.

Antonin Tucapsky‘s In honorem vitae, five Horace settings, also requires only four vocal lines.  The composer has selected the opening stanzas to odes from Book 1 – Nos. 2 (with an extra two words) and 37; the first stanza of Odes II, 14 with the address that rings across the centuries  –  Eheu, fugaces, Postume; the initial stanza of Carmen 9 from Odes IV; and the complete Odes I, 11.

Written in 1975, this composition opens with appropriate vigour for Ne forte credas, before moving into a more severe strain for the second set of verses.   Iam satis terris, in ternary shape, employed a dynamically reduced plane.   For Nunc est bibendum, bubbly enough, Tucapsky seemed engrossed by the suggestive clause, nunc pede libero pulsanda tellus, which eventually took over the setting; the address to Postumus made little impression; the last line of the Tu ne quaesieris octet surprised for its employment of fugato – a touch dry after the investment of ardent emphasis on isolated phrases and words like quem mihi, quem tibi, or Ut melius, or sapias.   Still, the composer contrived an intriguing composition with loads of variety in texture as he worked through what he called ‘madrigals’.

It was a source of enjoyment to hear the singers present Frank Martin‘s Mass for Double Choir, one of those choral masterworks that for many years lived an existence outside of performance, given a reputation as un-singable.  These days, its difficulties seem manageable and its alleged fearsomeness is belied by interpretations like this one which shine with facility and consoling humanity.   As with the opening Sametz work, the Xavier chapel proved a gift for this score, despite the carpet that covers most of the building’s floor; the choir enjoyed plenty of resonance, much preferable to a definition-softening echo.

The Christe eleison in the first movement demonstrated very ably how to construct an impressive ecstatic outpouring without losing dynamic control.   Ditto for the racing energy of the Cum Sancto Spiritu of the Gloria, during which Martin gives the basses a hefty presence for the first time in the Domine Deus segment.  You realized the advantages of having this work sung by female voices during the imaginatively mobile Credo.   The gain in expressiveness is remarkable, even when compared with the last time I heard this work – from the Choir of Trinity College Cambridge in July last year; a fine reading, certainly, but the Gomberts gave you a more telling vision of the composer’s passionate humanism.

The Sanctus got off to a clumsy start from the Choir I sopranos but both Osanna segments were among the night’s high-points for their bright, light-filled bravura.   The Agnus Dei has Choir Two maintaining a slow march-like tread as it outlines the text while the other force delivers a fluid, near-Gregorian melody in unison, before both bodies combine for the final dona nobis pacem.   At certain stages, the various lines split into two: a device which does not trouble larger choirs.   But the Ensemble rarely sounded attenuated – partly because of their innate musicianship, partly because of Martin’s excellent distribution and allocation of labour.

This Mass capped off a night where the Gomberts showed their ability to turn their combined talents to unexpected enterprises and come through the trials of 20th century compositions with high success.