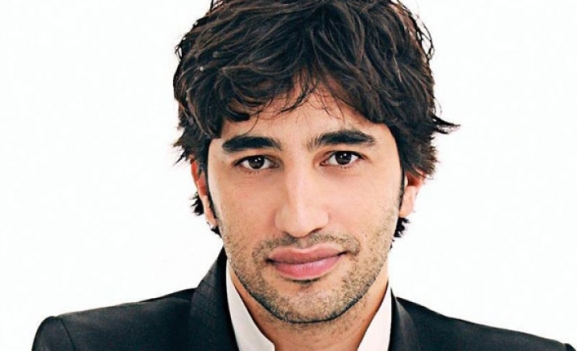 Not an instrument you come across often, the mandolin.  No performance of Don Giovanni goes through without you hearing its gentle underpinning to a baritone booming out Deh vieni alla finestra; sometimes a director has the sense to put the player onstage.  But otherwise?

A set of mandolin-composing names are put forward in the program booklet for this particular concert.   Thanks to the modern craze for Mahler, you get to hear the instrument in the Symphony No. 7; sadly, this work is among the least commonly performed of the canon.  Then there’s the Symphony No. 8, which is even less often given and calls for at least one mandolin but preferably more; mind you, there’s a long wait before the instrument’s timbre comes out of the maelstrom at Letter 148 of the second movement (and most of the output is pianissimo – hence the call for more than one of them) and later there is ten bars’ work from Letter 187 on.  However, the best of the composer’s ventures comes in Das Lied von der Erde where it features briefly in Von der Schoenheit and to superb effect after Letter 64 in Der Abschied.

Then there’s Schoenberg who scored the instrument into his Serenade, Op. 24; like Mahler in his Symphony No. 7, he also used guitar here.   Later, he gave the instrument a small part in No. 4 of his Variations for Orchestra, then a bigger contribution in that work’s finale. As well, it features in the one-act opera, Von heute auf morgen which, to my shame, I’ve never heard.  The only other use I can find in this composer’s oeuvre is in that vast sprawl of an opera, Moses und Aron where he calls at one point for four mandolinists.

Stravinsky has a mandolin in his opera Le rossignol, as well as in the ballet Agon – and that’s it, as far as I can see.  The program note also lists Verdi (for a chorus in Otello) and Massenet (somewhere in Don Quichotte).  But, early Beethoven apart (two sonatinas, an Adagio and an Andante with variations – all with harpsichord accompaniment), you’re scraping to find solid material in Romantic/Modern repertoire of significance.

Which goes some way towards explaining Israeli-born virtuoso Avital’s emphasis on Vivaldi for his tour with the Brandenburgers.   Along with the original Concerto in C RV 425, he also offered his own transcription of Summer from The Four Seasons and the solo violin A minor Concerto from L’estro armonico.    Couple that with a Paisiello concerto in E flat (a dubious attribution, it turns out – one of three mandolin works ascribed uncertainly to Napoleon’s favourite composer) and a set of Six Miniatures on Georgian Folk Themes from the mid-20th century by an enthusiastically nationalistic writer in Sulkhan Tsintsadze, and you have a guest who’s very generous with his time and talents.

Paul Dyer and his reduced orchestra played two works in their own right.   Vivaldi’s Concerto in C RV 110, with its reminiscences of the well-known Two Trumpet Concerto, made a brisk throat-clearer involving (I think) the truncated ABO’s full complement of five violins and single viola, cello and double bass supported by Dyer’s omni-present harpsichord.  Avital made fine work of the RV 356 in A minor with a mobility of dynamic during the four solo passages in the opening Allegro and about the same number in the finale.   He enjoyed a good deal of prominence in the middle Largo where the orchestral background is confined to sustained chords, giving ample space to exhibit  his ability at shaping a line, admittedly one that barely stretches above an octave’s range.

Giuseppe Valentini’s A minor Concerto grosso, one of the longer of the composer’s Op. 7 set of twelve, was reduced from the original six movements to four; more than enough, given the predictable sequences that brought to mind first year counterpoint exercises, although the interweaving of the four solo violin lines came off quite well.   In the Georgian Folk Themes, Avital got to use the tremolo technique that most of us associate with his instrument; the Vivaldi works and the Paisiello tended to ask in the main for single notes only.   The suite itself is a pleasant entity, its melodies shaped into well-rounded format, Tsintsadze’s orchestration slick, a few harmonic quirks thrown in as a sort of post-Bartokian salute to a man who really knew what to do with a folk tune..

As for the C Major Concerto RV 425, you could hardly wish for a more authoritative interpretation: brisk even in the central slow movement, precise in its right-hand work and continuously interesting for its contrasts – very welcome in a piece where executants feel they’ve met their responsibilities by getting all the notes.  Still, it’s been a long time since I last heard this work live; in fact, probably not since Kurt Jensen’s years presenting concerts at St. John’s Southgate.

Avital introduced the Paisiello work with a short address, drawing contrasts between Venetian and Neapolitan schools, some of which rang fairly true.  But his insistence on this composer’s powers to startle with abrupt changes of harmony seemed far-fetched, once you settled into the work itself; not much of novel interest struck the ear as the opening maestoso oscillated between E flat and B flat with some glancing side-swipes. Here, more than anywhere else, a few more strings would have helped add to the work’s density, although it has to be admitted that the score’s effectiveness gained by having Avital audible throughout.

The final, seasonal Vivaldi proved to be right up the ABO’s street, Avital infusing it with vivid emphases, driving bravura passages and a relish for the stop-start nature of the opening feast of bird-song and heat-washed languor.  Later, the storms of the finale roused plenty of enthusiasm, although the final ascending flourish of 2nds from bars 116 to 119 didn’t impress as much as the preceding rapid-fire solos.  Still, this full house reacted as you’d expect – with a torrid energy mirroring the score itself; actually, even more than you glean from Vivaldi’s excitement-rousing tutti exclamations.

If you must have transcriptions for the mandolin, then you can hardly do better than the Venetian master’s sun-drenched confections.  And every concert benefits significantly if it features a guest artist who matches the host players’ driving enthusiasm and brio in accomplishment.