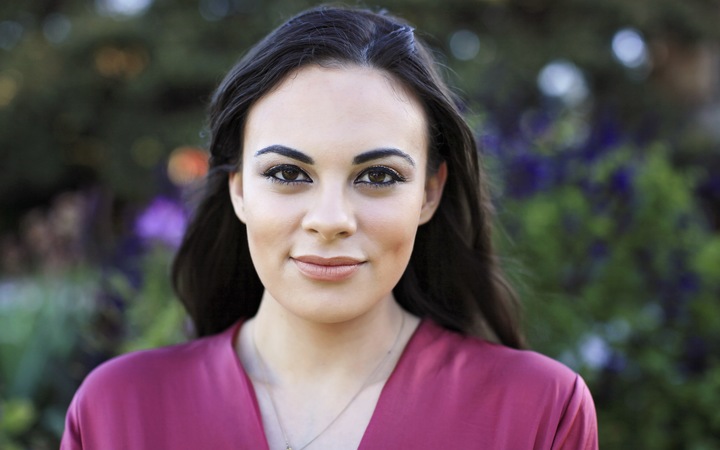 Each year, Paul Dyer and his Brandenburg Orchestra and Choir mount a Christmas program that serves as a kind of intellectually regulated Carols by Candlelight, an event where the current season is paid its dues through familiar tunes and words, as well as some almost-explicable ring-ins that carry referential overtones.   And this time round, we got to hear some scraps that had absolutely no relevance to this celebratory fortnight at all, hiatus points where the lethargic among us are tempted to slump back and just let the sounds of this inescapably anodyne music creep in our ears.

With no attempt to engage the audience in sing-alongs, the ABO forces saluted general expectations with three verses only of  Once in royal David’s city, led by soprano soloist Madison Nonoa; O little town of Bethlehem from trumpets and sackbuts with percussion trimming; the Coventry Carol, again featuring Nonoa with both melody and descant; God rest you merry, gentlemen not living up to its name with some wayward trumpet articulation; a straight Hark! the herald angels sing; a bi-lingual Silent night, where Tommie Andersson‘s guitar reminded us of the work’s original form; and a rousing O come, all ye faithful that avoided the usual fortissimo bursts whenever the line O come, let us adore Him, Christ the Lord! occurs.

So far, so fine – just what you’d expect to hear in any church lucky enough to have a choir at this time of year. Surrounding these regulars came a grab-bag of works that surprised but didn’t startle.  For example, the ABO Choir began the evening with Praetorius’ arrangement of Nicolai’s Wachet auf!, performed a cappella and very impressive in its English garb.   I can’t remember from other years the group’s altos all being male, but the body sings here so rarely that it might have been the case on previous occasions; the texture they generate is an oddly unsettling one in lucid writing like this, suggestive of Anglican cathedral choir-stalls, if tempered by the presence of female sopranos.   Vavilov‘s pseudo-Caccini Ave Maria gave Nonoa her first solo on the program: an inane lyric carried off effectively with organ underpinning, some vocalising from the choir and a liberal dose of sonic confectionery supplied by Brian Nixon‘s chimes.

The Kyrie section of Ola Gjeilo‘s Sunrise Mass for divisi SATB moves slowly enough in the best Scandinavian/Baltic spiritualist style, its subtitle of The Spheres giving some clue to its inspiration, suggesting the quieter moments in Ligeti’s 2001: A Space Odyssey music.   In realising this score, I think the ABO singers could have taken a more slow tempo, especially across its outer pages, although in the Murdoch Hall any group would find it hard constructing the ethereal bands of disembodied overlapping chords that the composer has made his basic constructional implement.

Eriks Esenvalds‘ O salutaris hostia paired Nonoa with an anonymous ABO soprano for the Latvian composer’s amiably euphonious setting of Aquinas’ moving hymn while the 8-part choir worked with a touch too much insistence through their chordal setting of the text as underpinning.   It’s an attractive post-Bernstein Mass creation, the choral numbers here available probably insufficient to do it justice, especially when Esenvalds calls for more sopranos to take up the top lines at the opening to the second verse.   While the program notes gave a fair sense of the text, the final line’s interpretation would have astounded Hilaire Belloc, who couldn’t hear its plea without weeping.   As for the statement that this hymn is used at the Mass’s Consecration, I’ve never heard it in that position but only as the opening step in the odd ritual of Benediction (of the Blessed Sacrament).

Adam’s Cantique de Noel enjoyed a richly resonant treatment.  Nonoa sang the two verses of the original text by Placide Cappeau while the ABO Choir gave her a lush chordal backdrop.   So did the instrumentalists, the trio of sackbuts generating an opulent bass-heavy texture.   After over-much exposure, I can take or leave Amazing Grace; the hymn is trotted out at all sorts of events, public and private, to the point where its gentle lilt has been subjected to as many variants as the American national anthem has suffered in that nation’s sporting arenas.   Nonoa gave it a simple expressiveness over tremolo violins, then with added sackbuts, then with the choir providing their supplementary input – no surprises or whipped-up dynamics, for which relief much thanks.

Alongside these samples of religious music, we heard some strange oddments.  The opening Allegro to Vivaldi’s Concerto for Two Trumpets in C is festive in character, I suppose, but the performance on natural instruments was marred by too many bloopers.   An anonymous 17th century Sonata a 9 smacked of Venice, but so do an awful lot of compositions from that time involving brass and strings.   It remains unclear what the band was attempting with Rittler’s Ciacona a 7.   The two violins, Matt Bruce and Ben Dollman, and viola Monique O’Dea started wandering round the stage, apparently improvising above the ground bass, but their efforts did not meet with happy rewards. Fortunately, the entry of the brass forces pushed matters back into a sensible mould.

What Con que la lavare by Luis de Narvaez had to do with anything remains a mystery; if nothing else, it offered a space for Nonoa to display her talent at Renaissance affects, foregrounded by a profusion of supporting musicians, the richest I’ve heard in association with this plaintive cancion  –  theorbo, harpsichord, organ and strings.   For The Luckiest by Ben Folds, the choir sang a cappella with a modest tenor soloist calmly coursing through the song’s unremarkable verses with a telling detachment that suited the work’s character admirably.

This concert began 15 minutes late because the orchestra’s transportation had proved unreliable.   Even so, the program itself, including Dyer’s inevitable address substituting gush for content, lasted an interval-less 75 minutes or so.

You can’t come along to a Noel! Noel! concert expecting to experience the musicological revelations that you find at an Ensemble Gombert Christmas to Candlemas recital.   Furthermore, the ABO organization, like those who sponsor the Bowl and Domain extravaganzas, spreads a pretty wide net to satisfy its intentions of diverting and entertaining.   But this excellent group of performers, even in a reduced-numbers chamber format, has a wealth of material to draw on, with no need for stocking fillers or costume padding.