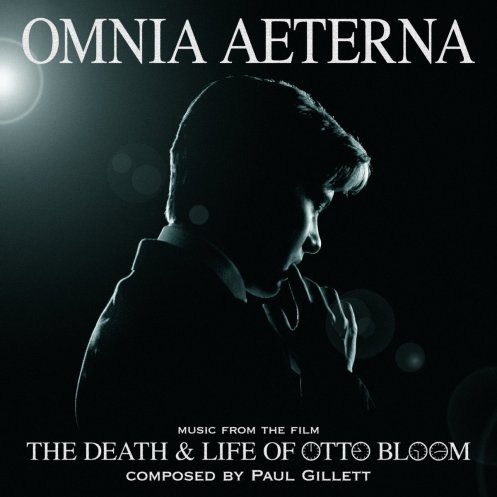 So much about this is undiscovered territory.   I haven’t seen the 2016 film for which this score was written; the composer is unknown to me; more to the point, the world of film music itself has always been something of a mystery.  A fellow student once tried to teach me some tricks of the trade, mainly to do with how you handle the brass.  He had a wealth of information about trombones in ‘classic’ film music of the 1960s but nothing of that data remains in this memory box.

But music to accompany films – even when given a sort of academic respectability by Schoenberg – is a craft that most of us don’t question, just accepting it as essential scene-setting, an invitation to emotional reaction, possibly even an irritating aural distraction from the visual feast in front of us.  On the one hand, you can enjoy the bloated Hollywood reconstructions that are regularly on offer from the Melbourne Symphony Orchestra, which is currently involved in the Harry Potter canon: playing the music live to escort us through a screening of whichever film has been chosen for treatment.  On the other, several ensembles make a semi-career of offering music to amplify the impact of silent classics; from my experience, these exercises usually involve original music, but not the original scores.

For all this quibbling, film scores have become an essential part of cinematic practice, even if the products are over-segmented and over-written, following the principle that, if you strike a good tune, don’t let it go (cf. John Williams).   But few are memorable on their own merits, despite the industry’s herculean efforts to expound the merits of soundtrack CDs that have been produced to background instantly forgettable films.  Watching Spielberg’s Ready Player One yesterday, my companion, alert to cultural references, informed me that Alan Silvestri’s soundtrack was packed with references to popular music of several decades ago, as well as lifts from soundtracks to other films.  Which didn’t surprise me as the director was clearly determined, through his screenplay and visual gimmickry, to intrigue the cognoscenti with references to films that impressed him.

For all that, you have to sympathise with Bunuel who grew to use less and less music in his works; starting out with a sequence of random Wagner and tangos for the first screening in 1929 of Un  Chien Andalou, then winding up with absolutely no music for the 1967 Belle de jour.   Despite this admiration, the schizoid in me responds very positively to Duke Ellington’s powerful contributions to Preminger’s Anatomy of a Murder from 1959 – a dazzling exhibition of both ensemble and individual brilliance.

Paul Gillett’s work for Cris Jones’ film comprises 21 tracks on this CD, featuring Luke Howard on piano and the Organic Quartet: violins Cameron Jamieson and Natalia Harvey, Matthew Laing viola, Campbell Banks on cello.  The composer notes his own references to particular musical styles, most interestingly his adoption of Nancarrow’s tempo canons.  Gillett also appears on the disc himself, in his guise of Floyd Thursby, singing two mild lyrics:  Time on our hands and Forget the Future.  And I think he accompanies himself, as well as providing the one solo guitar track.

This album opens with Who is Otto Bloom?  Well, in musical terms he seems to be a combination of Shostakovich and Satie, the latter very present in the opening string quartet strophes which suggest both the Gymnopedies and the Gnossiennes, the Russian composer’s shadow present later as the waltz movement gains in emphasis.  What does it propose in emotional terms?  Well, it’s in minor mode, hefty in delivery, not particularly complex but mildly interesting.  The Winter of ’83 has sustained icy upper strings, a piano that outlines a long melody over a steady bass pattern, a small input from the other strings and a satisfyingly bleak ambience.   Retrochronology is a solo piano vignette that irresistibly brings to mind the Andante con moto from Schubert’s E flat Piano Trio; if it’s an homage, it’s fair enough, the modulations unexceptional but, by this stage, you anticipate that Gillett is not going to move far outside an orthodox ambit.

Disorders of Memory alternates a 3/8 and 5/8 pattern in piano and violin rotating around a second inversion A minor chord, the keyboard’s left hand momentarily getting out of phase twice; a mild disorder at worst.  A waltz rhythm dominates The Time Traveller which moves not far outside a steady G minor base but offers little beyond a few piano references to Satie’s Gnossiennes again – possibly Nos. 1 and 3 – in its angularity.  Bonfire Night, another piano solo with a persistent right hand pulse, is puzzling; no Jeux d’artifice explosions of light here.

The first Thursby-persona song is a folksy song, suggestive of Dylan at his simplest, for voice and guitar, which irritates by having nearly every two-line strophe beginning with the word ‘Maybe’.  Because nothing was therefore all things are turns into a quiet ramble for piano that manages to suggest a Bach slow movement before the strings enter with some anaemic sustained notes while the piano references Chopin’s Raindrop D flat Prelude then riffs back to Bach – the middle movement of the Italian Concerto, possibly.

For The Renaissance Man, the compositional approach is back to arpeggios and a texture very much indebted to Phillip Glass, although the chugging rhythm for piano and quartet is going nowhere but straight ahead, without any variants on offer.  The guitar enjoys a solo in Pas de Cent – No hundreds? Not a cent? – which again offers nothing but arpeggios and a bit of electronic chordal shimmering in the piece’s second half; A minor is definitely the tonalite du jour.   The longest track at 5 minutes, Human Time Machine for piano, again references Bach, starting with an angular arpeggio pattern in the right hand, above an unchanging bass D, which then gets the Nancarrow treatment by way of a superimposed tape, I suppose.   As far as I can tell, there are only two upper lines intersecting and coinciding, so the texture is ultra-clear.

At The Backwards Guy, Gillett plays with a pair of impressionist chords in pianist Howard’s left hand while offering a Debussy-suggestive  roaming melody in the instrument’s upper levels – but this interesting track passes all too quickly.  We’re back in Satie waltz territory for Midnight in Byzantium where the piano quintet revisits patterns that are becoming all too familiar.  Ka mura, ka muri has the piano’s two hands moving along two paths that strike me as totally detached; Gillett calls this ‘ a pretty little tempo canon’ – and I suppose it is.  The title is a Maori saying that refers to walking backward into the future, which is the basic premise of Jones’ film in which the protagonist lives his life in reverse.

Einstein’s Letter features lots of sustained chords for string quartet, a kind of mildly grinding mournful chorale.   Precious little infinity is another Nancarrow flight for piano(s) playing a repeated treble pattern with the quartet providing, at first, unison three-note punctuation comments which later move into four-step cadences.  In 38 West 49th St, the piano solo presents a bleak emotional landscape with a sustained final bass chord to dampen the spirits even further.  We’re back with the Human Time Machine pattern for Korsakoff syndrome, although this time cello and viola provide a bass support that oscillates between D and C sharp, the whole concluding with a powerful low D from the piano alone..  It may be a musical illustration of the malady that the track’s title refers to but, as with Disorders of Memory, the effect depicted seems minor.

At what I assume is the film’s focal point, Otto Bloom is dead, Gillett heads for a piano solo slow waltz but only gets through two statements of his theme – a quick demise, then.  Omnia Aeterna is back in chugging post-Glass territory with a predictable series of descending arpeggios and chords.  And Thursby finishes the opus off with another folk-song for guitar and string quartet that aims for the heart-strings: a briskly moving love song that ends with the ambivalent line, ‘When I let you go, I will hold you in my arms’.  This is in keeping, of course, with the off-centre nature of the film’s hero who is fated to recall only his future.

All right: the album is not ground-breaking in its ambition or much more than amiable in its melodic and harmonic content.  But it does establish a sort of world, an Otto Bloom land – to the point where I’d like to see the film and see how Gillett’s work slots into its playing time, as well as discover something about how well he illuminates the director’s intentions and the actors’ efforts.