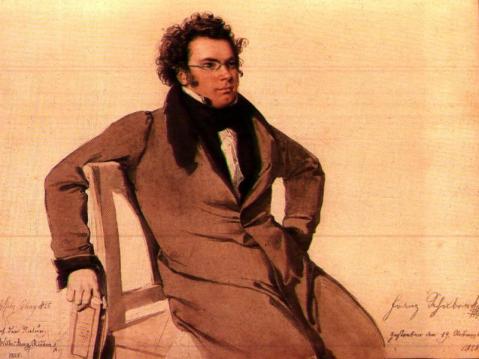 This didn’t turn out to be what I expected.

MIFLAS has recently been transplanted from Perth where Patricia Price founded and sustained it for the last four years; now it has found a new home at Melbourne University where, it is hoped, that the festival will continue as an annual event.  Not that the organizers are full of optimism; from the speeches I heard, the future is uncertain unless sponsorships continue (and preferably increase) and the academic ambience remains welcoming.  Oh, and it would probably be just as well if the committed who came to this night’s work would keep the faith.

The enterprise involved a week of masterclasses run twice daily from Sunday July 8 until Wednesday July 11, with an extra one thrown in on the morning of Thursday July 12.  The eventual outcome of all this endeavour was to be revealed in this final gala and, to some extent, it was.  But the result in reality turned out to be an illustrated lecture, and not a particularly good one at that.

Pride of place went, as you’d expect, to Schubert whose music occupied Friday evening’s first half.   We were offered seven solo lieder, one part-song and a melodrama excerpt.  After interval, the territory moved to a couple of Mendelssohn duets, including the mellifluous Ich wolt’ meine Lieb’ ergosse sich,  solitary Schumann and Brahms songs, then a Mahler quartet – half the Songs of a Wayfarer, the last of the Kindertotenlieder and the middle one of the Ruckert-Lieder.  But I saw little point in staying for the night’s second half as the opening gambits had proved so irritating.

Presenting this concert was Dr. Graham Johnson who, with Dr. Stephen Varcoe, was responsible for the nine masterclasses and an introductory conversation to launch the week.  Now, while director Price had every justification for addressing us and sounding alarms about the parlous state of lieder and art song in the modern age, it was hard to understand why Johnson felt obliged to follow up with his own oration, roughly twice as long and with a scatter-gun approach to content.

Each of the Schubert extracts was preceded by a spoken introduction from Johnson, some of them ponderously informative, others smacking of the self-indulgent, if not re-hashing historical material that would be familiar to anyone with half an interest in this field, like  the academic staff I saw scattered around the Melba Hall stalls.  As things turned out, the young singers and three accompanists who had been instructed in their specific contributions during the week’s classes – except in two instances, according to the festival booklet’s table of events –  had to wait at their posts until their particular offerings had been introduced.

This preamble process took up time, of course, so that the night’s Schubert segment dragged.  What went some way to redeeming the exercise was the promise shown by some of the singers although, as the songs slipped past, I kicked myself mentally that I hadn’t attended any of the classes because, in some instances, faults that should have been assuaged over the week survived untouched and you had to wonder just how much technical instruction had been given along with interpretative injunctions and music appreciation background.

German-born baritone Markus Matheis opened the music with Die Sommernacht which was treated with a double dose of solemnity, rather than the wondering warmth that this recitative deserves.   A difficult set of pages but Matheis has a solid production if inclined to hollowness in this work where he should have been bold enough to take the initiative – which he enjoys in this piece whenever he opens his mouth.

Soprano Teresa Ingrilli from Perth came next with Der Jungling und der Tod which tested her light timbre.  The reading proved unsettling as the singer sounded nervous at the opening, to the extent that you wondered if the problem lay with her vibrato, although later sections like the O komme Tod address came across with more determination.  Ingrilli was accompanied by Timothy Mallis who produced an excellent postlude and refrained from drawing attention to himself at the bar 25 self-quotation.

Given two pieces to handle, Launceston tenor Benjamin Martin gave an ultra-sensitive account of Geheimes although it was hard to understand whether his constant volume manipulation was the result of instruction or his own determination.   On investigation, it appeared that this song had not been scheduled for examination during any pf the master classes.   Whatever the cause, this dynamic swerving gave this superb song’s  surface a mottled complexion, as though Goethe’s lover is transferring the behavioural screen of the song’s environment to the performance; an interesting device but effete in practice.  Nacht und Traume fared slightly better but several vocal phrases dwindled away to nothing and while you can get away with softness on falling intervals, you have to calculate how strongly you have to sound out against your accompaniment  –  in this case, an assertive Johnson who carried out this service for most of these Schubert singers.

Alessia Pintabona is in her third year at the Western Australian Academy of Performing Arts and struggled with Die Manner sind mechant, a war-of-the-sexes fribble that needs a more fulsome, knowing vocal quality to give it some charm.  This was the least impressive Schubert product (bar one) of the night and even accompanist Isaac Mouskovias found it hard to deliver any fluency at punctuation points.  For a song that is intended to be amusing, the laughs were brittle, certainly not full-bellied, but you could lay much of the blame for that with the composer.

More serious matter came with Im Abendrot,  Melbourne soprano Jordina Howell gave it a fairly uninflected interpretation, the pace not as slow as it could have been even if her projection was well calculated.  But she hadn’t been allowed to introduce much helpful rubato and breaks for breath came often enough to disrupt the pages’ continuity.

Matheis returned with Fischerweise, handling its fluent regularity with much more impressive results than expected; this was another lied that was not scheduled in any master class.  He conveyed much of the text’s stalwart focus on the task in hand and managed to keep the last quatrain from sounding slightly disdainful.   Further, the young tenor sustained a calm and even output over an accompaniment that drew too much attention to itself.

A quartet comprising soprano Jenna Roubos, mezzo Alexandra Mathew, tenor Thomas Harvey and bass-baritone James Emerson were supported by accompanist Julia Hastings in a fair version of Die Geseligkeit.  I can’t remember how many of the poem’s four verses were sung; enough to give time to admire the equable soprano/mezzo combination and to fret over the tenor’s pitching.  Nevertheless, the group achieved a respectable realization of the piece’s bonhomie although we could have reasonably expected more jauntiness in the first three lines of each verse.

The Abschied von der Erde melodrama recitation from Varcoe and Johnson wound up this Schubert bracket.   While mildly interesting in itself, it struck me as irrelevant to the thrust of the evening’s work.  Varcoe recited the words with clarity if an occasional superfluous drawl and Johnson powered through the piano part; Fischer-Dieskau and Moore, it definitely was not and I would happily have exchanged it for Am Bach im Fruhling, Auf der Donau or any other of the handful of Schubert lieder that these two artists have recorded.

So, this was not my idea of a gala concert but an eventually tedious exercise that smacked of the lecture hall.   It reminded me slightly of my limited exposure to Keith Humble’s mode of leading discussions – the guru speaking from an imaginary rostrum without much chance of inter-action from the groundlings, leaving you to fossick assiduously for the small gems that glittered among the dross.   What is needed at future summary recitals like this is more music, less talk.