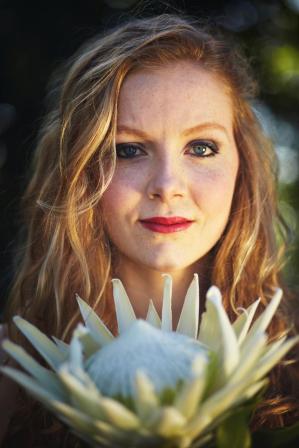 I get worried, irrationally so, about the use of exclamation marks in concert titles.   It almost works in something like the Melbourne Chamber Orchestra’s choice of Espana! for a program earlier this year that turned out to be disappointing; but then, you can justify the punctuation there as simple advertising colour, whereas you wouldn’t swallow it if the advertising gurus had simply proposed Spain!   It’s become the Brandenburgers’ custom to give their Christmas event this doubled-up title, so much so that most of us swallow it without thinking.   But the practice suggests seasonal hyperventilation more than anything else.   For most of us, the word is associated with The First Nowell carol which, despite (or because of) its venerability, doesn’t suggest excitement in any of its verses.

You can find something of the same kind of hyperbole in events called Christmas! even if that mild explosion suggests something like Eureka! (or more relevantly, Thank God!).    Or is that comparison really valid?   It’s as though the French word for the feast-day is up there with Hallelujah!, although the latter is a true exclamation.   Where’s the difference between Noel! and Paques!?    I’m minded to celebrate Epiphany! next month, and my late Anglican mother would have got a charge out of observing Michaelmas! not to forget my Greek kin’s potential for revelling in a self-stimulating Dormition!

Still, we’re all glad to have arrived, over-punctuated or not, at a time of spiritual cosiness and behavioural benevolence  for once in 2018.   The ABO and its occasional Choir gave us a  prelude to the celebrations with yet another program full of material calculated to have something for everyone.   Forgetting the inevitable American element (confined to Irving Berlin‘s White Christmas this time round), the seasonal content prevailed even if a fair number of the offerings had no relevance at all.

Setting the bar both high and low, ABO artistic director Paul Dyer opened the night with a chant by Hildegard of Bingen, O Euchari in laeta via: a song to St. Eucharius who was the first bishop of Trier.    The abbess swallowed the story that Eucharius was one of the original disciples and saw Christ, although those who insist on facts believe that he didn’t take up his crozier until the late 3rd century AD.   I thought it was an odd choice to begin, even if it gave a fine introduction to Bonnie de la Hunty‘s pure, untroubled soprano, but December 8 is the saint’s feast-day – which is fine for those of us in the Murdoch Hall on this particular Saturday but which may puzzle later audiences in Paddington, the Angel Place Recital Hall, Wollongong, Parramatta, Mosman and Newtown.    In Alex Palmer‘s arrangement, the transparent chant loses its innocence by being strait-jacketed into a 4/4 beat, supported by inoffensive sustained string chords which give way to syncopated chugging, the ABO singers entering near the end.

The choir got down to more impressive business with the Advent plainsong Rorate coeli, given a decent going-over by the male voices, the process not too flabby in precision since Dyer left the singers to their own devices, even if some individual voices broke through; such participants not subscribing to the usual practice that asks for the sublimation of personality for the sake of the general texture.   The body’s women followed up with another Advent specialty –  Veni, veni Emmanuel –  that morphed into a march for drum and strings.

Speaking of percussion, Brian Nixon made himself the night’s linkman, chaining events together through glissades on mini-tubular bells or soft cymbal strokes.   At this point, he led the corps into Cruger’s Nu komm der Heyden heyland – well, a version of it, I suppose, based on the work’s inclusion in the composer’s Praxis pietatis melica hymnbook.  This was followed by Johannes Eccard’s setting of Ich steh an deiner Krippen hier, a chorale-like work for five lines, transformed into a rather militant march which seemed at odds with the Nativity-meditation situation proposed in the text.   Still, this was deftly arranged for the forces available, vocal and orchestral, and finished off an opening bracket of distinction, despite those carping points raised above.

Section Two opened with the traditional speech from Dyer – an address in which ‘beautiful’ and ‘wonderful’ featured heavily with a bonus feature or two – introducing the orchestra by their first names, and picking out three children in the audience for some personal attention (pretty much confined to ‘How old are you?’).  While shepherds watched, starring de la Hunty, followed the familiar Christopher Tye melody, complete with double-length notes at the start and end of each line.   Monteverdi’s Laudate dominum began carefully enough with a chaste band – harpsichord, guitar, organ and drum; then took a Jordi Savall turn into a jam for the two violins of Matt Bruce and Ben Dollman which had all the signposts of pre-scripted improvisation, and ended with a welter of vocal floridity from de la Hunty that took us into the 1610 Vespers universe.   Very nice in parts, but I can’t see what Psalm 117 has to do with Christmas.

Nor for that matter was the Gartan Mother’s Lullaby suggestive of much beyond Irish melancholy.   De la Hunty took part in this simple lyric; nothing too challenging and the main brunt of the work fell to the choir in yet another of  Palmer’s arrangements which found room in its later stages for the trio of sackbuts that had enriched the German pieces heard earlier.    Showing their mettle, the choir sang Guerrero’s Maria Magdalena motet, putting something of a strain on the tenors – forced to split into two groups like the sopranos, but working hard between the five of them to contribute meaningfully to the complex.   This work deals with the famous penitent and the other Marys visiting the tomb to anoint Christ’s body, which on this night seemed to be putting the Easter cart before the Christmas horse.    However, this interpolation served little real purpose except to remind you of how splendidly the Ensemble Gombert deals with music of this nature: in this instance, the piece lacked fluency, moving past with an unexpected insistence on a putative bar-line’s dominion.

It wasn’t all downhill from here on as we entered Part Three but the hiatus points grew more numerous.   Palmer’s arrangement of We three kings gave lots of exposure to the brass, nifty effects brightening up a carol that has some excellent lines married to an execrable, mournful tune.   You could always entertain yourself by imaging what Webern would have done with this material; probably something a tad more subtle than this frivolity  which suggested a sort of Klanmgfarbenmelodie for the Common Man.   Another left-field construct followed with a piece of Rameau revisionism, billed as O nuit from the opera Hippolyte et Aricie.   The actual material referred to is a sprightly trio for soloist and two chorus lines addressed to the goddess Diana, not the slow salute to Night that we heard, fabricated by Joseph Noyon over two centuries after Rameau’s short prayer was written.  This was an a cappella number for the choir supporting de la Hunty but, as it was in essence a plea to Night to calm the unhappy, its connection to Christmas could only be described as distant.   However, the effect made for an amiably soothing oasis, alongside yet another Palmer arrangement, this time a sober version of O little town of Bethlehem for brass quartet (the sackbuts, plus Leanne Sullivan‘s baroque trumpet) and percussion.

Palmer’s voice appeared en clair for his own A sparkling Christmas, written for string quintet, amalgamating Ding! dong! merrily on high, Hark! the herald angels sing, God rest ye merry, gentlemen and Joy to the world!   This melange showed a cleverness in juxtapositioning, if not much actual wit in the process, and a preference for the chugging rhythmic drive that disturbed the earlier Hildegard revamp.

The program’s last section, comprising six numbers, proved the least satisfying, possibly because its elements were so disparate.   Latvian composer Eriks Esenvalds’ Only in sleep sets US poet Sarah Teasdale’s reminiscence of childhood for soprano and choir.  It’s a sensitive treatment, bordering on poignancy and aimed at yanking the heart-strings with a shapely melodic line and rich harmonization that brings to mind the modern American choral school of composition for university choirs, although this composer is essentially a product of his own country (without too much of that pseudo-spirituality that has pervaded the Baltic over the last half-century) and British influences.   Only in sleep was a fine choice to display the guest soprano’s clarity of timbre, even if Teasdale’s text retained its mysteries.

Opting to have de la Hunty essay Handel’s Let the bright seraphim was not a clever move.  The singer who takes on this show-piece needs to have more energy and drive from the diaphragm; yes, all the notes were there and pretty cleanly negotiated but the production lacked power.   Sullivan’s trumpet handled the many imitations with general success but, despite all that attractive Baroque bling,  the aria comes from an oratorio about the judge of Israel, Samson, and has no inbuilt suggestions of Messianic prophecy to give it a connection to the night’s supposed theme.

Berlin’s popular hit seems to be a favourite in these ABO Christmas concerts.  I think we’ve heard this Jonathan Rathbone arrangement before; it’s for male voices, fused  in barbershop quartet-style harmonization, and here enjoyed high approval.   De la Hunty returned for another ABO regular: Adam’s O holy night, as re-imagined by Palmer and accomplished with fine use of the limited forces at hand.   Again, you would have preferred more projection and emotional conviction from the soloist but her line only suffered severe drowning-out at unavoidable climactic points,  This well-used soprano also took part in Gruber’s Stille nacht – first verse German, second verse French, third verse English – with Tommie Andersson‘s guitar a welcome reminder of the carol’s first performance, the whole effect only momentarily marred by Dyer’s interpolation of an aimless harpsichord dribble between the first two verses.

O come, all ye faithful brought up the rear  –  in the David Willcocks version, I believe.  A classic of its type, it might have been more sensibly placed closer to the start of proceedings; after all, it is an invitation more than a recessional.  But it rounded off the night’s final four pieces with a sterling reinforcement of the reason why we were all gathered together.

I was at the second of the two performances on this Saturday and audience numbers were respectable but seemed to be down on previous years.   It’s probably time that the Noel! Noel! exercise enjoyed a revamp.   For example, when 7 out of 18 pieces programmed have nothing to do with Christmas, you have to wonder how close this event is veering towards the anything-goes approach of Carols by Candlelight.  A wealth of music to do with the season flies under most organizations’ collective radar year after year, while we still hear all those threadbare tunes, hackneyed matter that may give the comfort of familiarity but offers little spiritual or musical elation.