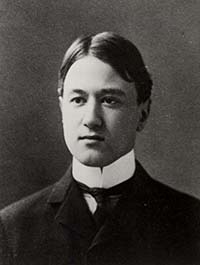 Finishing its Melbourne subscription series for the year, the ASQ balanced exploration and novelty with a repertoire staple, the equipoise yielding some outstanding results.  Despite the historical stature of Ives’ String Quartet No. 1 standing on one side, and the ground-breaking assertiveness of Debussy’s solitary essay in the form on the other,  Friday evening’s efforts focused on a new work by Nigel Westlake: his String Quartet No. 3. Sacred Sky, written in memory of his sister Kate and the outcome of an ASQ commission.

This new score is something of a fining-down of Westlake’s impressive Missa Solis, a requiem for the composer’s son Eli who was killed in a car accident in 2008.  The Mass requires large forces – among which number 13 brass, 2 harps, celesta/piano, 6 percussionists, choir and high soloist, as well as your usual complement of strings and pairs of woodwind –  and its texts come from a widely varied group of sources.  Sacred Sky‘s four movements are headed by the names of four paintings from the dead woman’s output:  Sacred Sky, Where the Spirit Dances by the Edge of the Sea, The Turning Tide, The Journey Begins.  You can read as much as you like into the relationship between movement title and musical narrative; most of us find it hard to make any connection without access to the paintings.

But the quartet is old-fashioned in one respect: it follows a time-honoured format, albeit one where the first movement is not fast, although the second is a scherzo, the third a soulful adagio, and the finale a lengthy sequence of episodes that it’s tempting to classify as a rondo except that this particular listener wasn’t adequately endowed enough to retain mentally the quick changes in mood and texture.   Like the Missa Solis, the composer’s new creation is not simply a deploration or a sustained elegy; in fact, the last pages are brimful of optimism – a celebration with a kind of pantheistic underpinning.

Westlake’s initial movement is almost entirely a first violin solo – a gift for Dale Barltrop who moved purposefully through a long melodic arch while his companions provided a sustained chord backdrop which enjoyed a wealth of colour shifts.   For no good reason, these pages brought to mind the Cantilena Pacifica from Meale’s String Quartet No. 2, only with more point or purpose and a much more eloquent melodic sequence.  The following scherzo that celebrated spirit dancing made for an intentional complete contrast – packed with pizzicati and abrupt slashes, the lyrical action shifting to Stephen King’s stolid viola.

While The Turning Tide moves into a meditative ambience, the players are kept active and Westlake spreads the content more evenly.   As a memorial, I thought that this moved into more ruminative ground than the surrounding movements, different from the first movement in not being so much a sustained lyric as comprising bursts of abrupt melody that suggested an individual character   –  and so proved to be the high point of this celebration of a life.   You could say something the same of the quartet’s finale except that the changes being rung did so at tiring length, in spite of the composer’s mastery of sound-production techniques, in particular a restrained use of harmonics.   Westlake appears to concern himself here with grief being subsumed in action – by which I mean life; certainly something more dynamic than fond memories.

The composer worked on this piece with the ASQ members, so the lines are tailor-made for the commissioners with plenty of passages that highlight each voice – Barltrop’s sweetness of delivery in his instrument’s higher tessitura, second violin Francesca Hiew‘s determination amounting to vehemence, the individual ardour and weight of Stephen King‘s viola, and cellist Sharon Grigoryan‘s solid presence in polyphonic complexes and spiky punctuation points.

The American master’s String Quartet No. 1 has, somewhere along the line, gained the distinctive sub-title, From the Salvation Army but I’m unsure when this came about.  While the work is saturated with hymn tunes, there appears to be no exclusivity to their use by the Army.   The first recording by the Kohon Quartet came across my desk in the mid-1960s and I’ve been paying it irregular attention in the half-century since.  Unlike this and other US interpretations, like the Juilliard and Emerson versions, the ASQ took Ives at face value with few efforts at ameliorating the score’s many brusque passages; little tenderising of this meat.   To their credit, the local musicians made a refreshing meal of the Postlude finale where the going gets difficult, verging on the labyrinthine rhythmic and harmonic processes of the central movement to Three Places in New England or the Emerson pages of the colossal Concord Sonata.

One of the ensemble members – Hiew? – gave a preliminary talk about this work in which she made it sound more toxic to elderly sensibilities than it really is; my neighbour was almost groaning with fearful anticipation before the work got underway but she soon relaxed when faced with the sober deliberation of the opening Chorale fugue and was well on-side by the time we reached the rich warmth of the slow Offertory.  Nevertheless, the ensemble’s approach would have benefited from a less stentorian attack in the thicker-textured pages, and certainly more sobriety with the odd-numbered movements.

A comparable absence of sentiment emerged in the group’s interpretation of the Debussy quartet’s  framing movements, in particular the busy Tres mouvemente ending. However, this work is deficient in the wispy frailties that are invested in many of the piano works and has more than its share of assertiveness, even in the muted Andantino. You would not call this reading a polished example of these players in operation but their approach made for an involving, gripping experience, one that gave you unexpected insights into the ebullience of the composer in his youth.