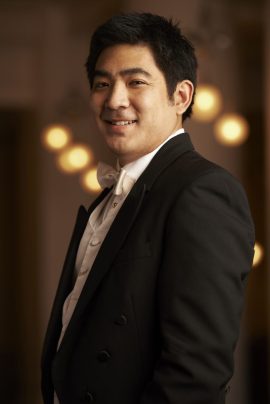 Back for a fifth year, this chamber music festival, originating in Texas, has settled on the Conservatorium of Music in Sydney Road for a far-too-brief week of seminars, tutorials and exhibition recitals.   Most of the participants are familiar, especially the core US string quartet – violinists, Jun Iwasaki and Stephen Rose, violist Joan DerHovsepian, cellist Brant Taylor  –  all overseen by Curt Thompson, Head of Strings in the Music Faculty.   Another returning artist is Melbourne pianist Kristian Chong, with colleague Benjamin Martin also appearing in two programs to flesh out the repertoire.   The newly-appointed Associate Professor of Double Bass, Robert Nairn, made a one-off contribution during the festival’s middle recital, assisting to realise a work new to most of us.

Beginning this second recital, the US musicians played that challenging serenade for string quartet, the Italian by Hugo Wolf.   For perhaps the first time in my experience of the score, first violin Stephen Rose regularly surrendered primacy to his colleagues, the top violin line overwhelmed by its companions, in particular a well-roused Iwasaki who dominated the group’s output except at climactic flights, as at bars 161-5 where the first violin operates an octave above its partner, or at the long crescendo beginning in bar 470 where Rose – for a time – had all the running.

To be fair, the interpretation improved after the mid-movement cello recitative from a voluble Taylor, and the move to F sharp minor and its consequents proved to be a light-footed delight.   True to its spirit, the work came over as vital, ironically humorous and the performers gave a crystal-clear account of the score’s metrical games, the quicksilver interplay deftly accomplished and, if the product began as sonically imbalanced, you could not fault the quartet’s underlying consciousness of mutual responsibility.

Martin and Nairn joined Curt Thompson’s violin, DerHovsepian and Taylor for the Piano Quintet in C minor by Vaughan Williams.   This, composed in 1903, is the first chamber work listed in the composer’s catalogue but it remained unpublished until 2002.   Despite British sponsorship and enthusiasm as well as its handy partnership with Schubert’s Trout which uses the same instrumentation, the quintet has not proved popular  –  a pity, as its language is heartfelt and its ambitions come to a splendid conclusion in a mobile and emotionally engrossing Fantasia.

The point has been hammered home by every commentator I’ve come across that the score owes much to Brahms – which, after you’ve heard the first two chords, is stating the bleeding obvious.   More so than in most Brahms chamber compositions, the keyboard dominates and its attack seemed disproportionate on this evening, particularly when a string trio interlude followed, as at bar 139 with a move to Andante sostenuto.   But a look at the score shows that Martin was simply following orders and Vaughan Williams wanted a fair dollop throughout of fortissimo and triple forte dynamics from the pianist.   The following Andante, however, was much more satisfying, both for its own content and for the expansiveness allowed to the players.   An undercurrent of the repeated chord stasis found in the composer’s contemporaneous song Silent Noon enriched this appealing pastoral, a well-justified comparison observed by annotator Michael Kennedy.   An opening piano solo was succeeded by the first of several melting moments for strings at bar 30 and, after a very mobile middle section with a powerful allargando climax, the return of this euphonious calm rounded out a splendid passage of play.

The variations/fantasia begin with an antiphon between piano and strings, the material a simple-enough melody harmonised in full common chords, anticipating so many of the composer’s most well-known music.   Both sound-sources generated a powerful timbre without straining, each variation clearly given its own context, although you’d have had to be comatose not to appreciate the Brahmsian sweep of the change announced by Martin’s powerful move to E flat minor at bar 67 and the concerted strings’ vehement responses, all capped by a potent clamour at bar 216 where strings and piano lined up for an enthusiastic D flat affirmation of the main theme’s last strophe before the work fades out with a touching descending C Major carillon in the bass.

While a large part of the Mimir week comprises performances and examinations of standard repertoire, it’s the resuscitation of a score like this Vaughan Williams that adds value to the festival experience.   Further to this, you have the inestimable advantage of hearing such a composition handled with confident mastery, not only from the well-exercised Martin but also from that admirable central string trio with Thompson and DerHovsepian splendidly matched in their frequent octave or unison duets.

Dvorak in G Major Op. 106 brought up the rear, one of the last two of the composer’s string quartets.   Here, Iwasaki took the first chair and the combination with Rose sitting at second worked to much more congenial effect than had been the case with Wolf’s serenade.   Even so, some signs of strain emerged in a strident section, about 22 bars before Figure 10 in my score, where the violins are operating in thirds for about 16 bars and intonation was momentarily suspect.   More significantly, from the start the players were over-hefty; even DerHovsepian went for the jugular in the more hectic pages of an otherwise benign Adagio.

This break-through dynamic also obtained in the Molto vivace, the outer scherzo sections given with a certain compulsiveness of address; the central Trio came across as even more of a relief than expected.   This tautness worked to better effect in the finale with its happily hectic drive oscillating with burbling lyricism, the episodes featuring melodic material that for some reason brought to mind that annoying scrap of faux-calypso, Yellow Bird.   More to the point, you felt that the labourers in this particular vineyard were on a time limit, urging through the movement, especially from Figure 7 at the Allegro con fuoco return.   The effect was exciting to experience and to a large effect justifiable because, to be fair, the matter that Dvorak presents in these pages is hardly the stuff of transporting elevation.   But the outcome of the reading was to leave you with unalloyed admiration for the executants’ deliberation and precision under (generally self-applied) pressure.